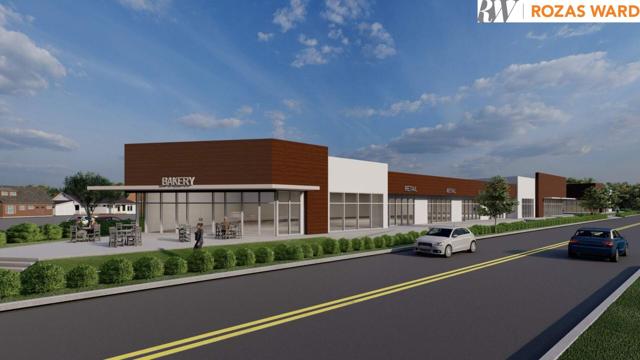 Retail strip coming to one of the last vacant lots on Metairie Road; Italian restaurant to anchor

Retail strip coming to one of the last vacant lots on Metairie Road; Italian restaurant to anchor

To view the full article on NOLA.com CLICK HERE

Injecting life into one of the last vacant parcels on Metairie Road, work will soon begin on a 25,000-square-foot strip center near North Causeway Boulevard that will be anchored by a high-end Italian restaurant.

Restauranteur and developer Hicham Khodr said the building will be complete by August, but it will take another three months to finish the interior of the restaurant space.

The 78,000-square-foot property, located on the east side of Ridgelake Drive, has been vacant for years and was one of the only sizeable lots left along the retail corridor that runs through Old Metairie. Crews put up fencing around the triangular site in recent days.

The commercial market along Metairie Road has always been bolstered by the enviable demographics of the neighborhoods on either side of it, and those homes have only become even more desirable during the pandemic, which has driven up prices in similar neighborhoods throughout the metro area.

"We kind of have the perfect storm going on right now where inventory is at an all-time low and you’ve got rising interest rates,” said Missy Martin, a residential real estate agent with Prieur Properties. "You’ve got a lot of people trying to make a move before these interest rates rise.”

Bobby Talbot of Talbot Realty Group said the commercial mix of boutiques, bars, eateries and services mean Old Metairie residents don't have to leave their neighborhoods if they don't want to. The restaurant scene, in particular, has been booming, largely because Jefferson Parish does not require indoor masking or proof of vaccination like New Orleans does.

There has been several new commercial development projects along Metairie Road in recent years, including the Sadeghi Center for Plastic Surgery taking over the former Connick & Connick law office; the two-story Club Pilates studio; the Loft 18 lounge, which features indoor golf simulators; Old Metairie Commons, the three-story commercial and residential building, and the development that includes Shipley Do-Nuts, Fat Boy's Pizza, Phina, among others. Significant renovation projects include the Cabral Law Office building and Mirambell Realty.

In all, there have been 15 new construction or major renovation projects since 2015, when Jefferson Parish officials created an overlay district on Metairie Road between Arlington Drive and Severn Avenue. The goal was to make sure new projects were better landscaped and more pedestrian friendly, with buildings constructed closer to the street with parking lots behind them.

"We’ve seen some of the more recent additions up close to the street and I think that’s been done quite well,” said Jefferson Parish Councilmember Jennifer Van Vrancken, whose district includes the area. "It’s made that end of Metairie Road just look nicer and more green."

The new development has put an even tighter squeeze on the supply of commercial space. Everyone wants to be there, but there aren't many places to go.

Talbot said there are older, smaller properties here and there, but assembling lots and resubdividing them is complicated and time consuming. Providing the necessary parking is also a complicating factor, he said.

Another closely watched project is on the other end of Metairie Road near the railroad tracks, where renovations are underway for a restaurant at the former Metry Cafe & Bar, though developers are mum on the specifics.

Then there is the lot at North LaBarre Road, which is still slated for a condominium project. A spokesperson for developer Jim Hall said there is no news to report since Hall agreed in early 2019 to scale down the project after initial plans called for a building that neighbors said would be too tall.

While not vacant, the site of the former Garden Gates Nursery across from where Khodr's restaurant will be, has been considered for redevelopment for years though nothing has come to fruition there. The owner, Louis Muhleisen, could not be reached for comment. Restauranteur Marv Ammari could not be reached about possible plans for the former Barreca's restaurant location nearby.

Real estate professionals and parish officials say the overlay district hasn't slowed development. Khodr said his architect delivered the plans for the strip center at Ridgelake with no variances. Greg Whitman, president of Loft 18, said that although it required more meetings and back-and-forth with the parish to ensure rules were being followed, things worked out.

Despite these successes, plans to formally extend the overlay district east to cover all of Metairie Road were scrapped in January 2019. Van Vrancken said the parish decided not to push for it because the timing coincided with the uproar over the condominium project. The portion not covered by the overlay district was generally considered more established and less in need of new rules.

Whitman said a bigger issue than the overlay district for Loft 18 was coming up with the formula to ensure the lounge serves enough food to satisfy the parish's separate ban on new bars along Metairie Road.

Of Khodr's nearby development, he said, "we're excited about new businesses coming in. It just brings more revitalization to the area.”

A rendering shows the design of a strip center anchored by a high-end Italian restaurant being developed in the 2900 block of Metairie Road. The sign that says "bakery" does not reflect the current tenant mix.